The Best Thing Since Sliced Potatoes 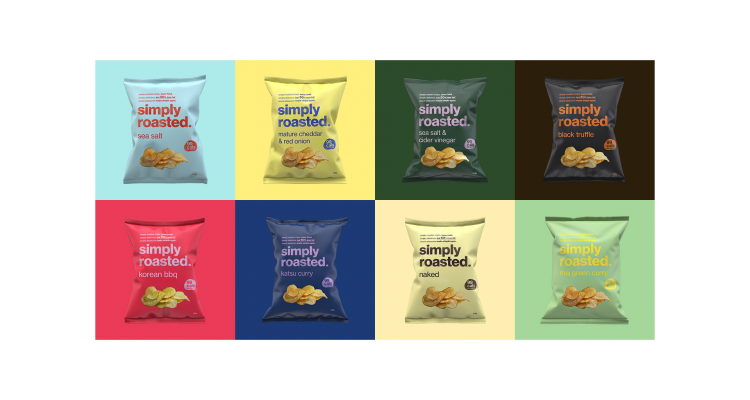 In an exclusive launch annoucement with The Grocer, Mindful Snacker is delighted to unveil Simply Roasted - an eight strong range of non-HFSS crisps with 50% less fat and significantly less salt than rival brands.

Healthy snacking startup Mindful Snacker has debuted with an eight strong range of non-HFSS crisps – and unveiled plans for a large plant-based range to come.

Called Simply Roasted, the range is made with a proprietary process using three different ovens to remove moisture from Amarillo potatoes before seasoning and bagging.

The crisps contain 0.58g salt per 100g and are said to contain 50% less fat than rival brands thanks to their production process – meaning unlike many suppliers they will be immune to the government’s impending restrictions on HFSS advertising and promotions. 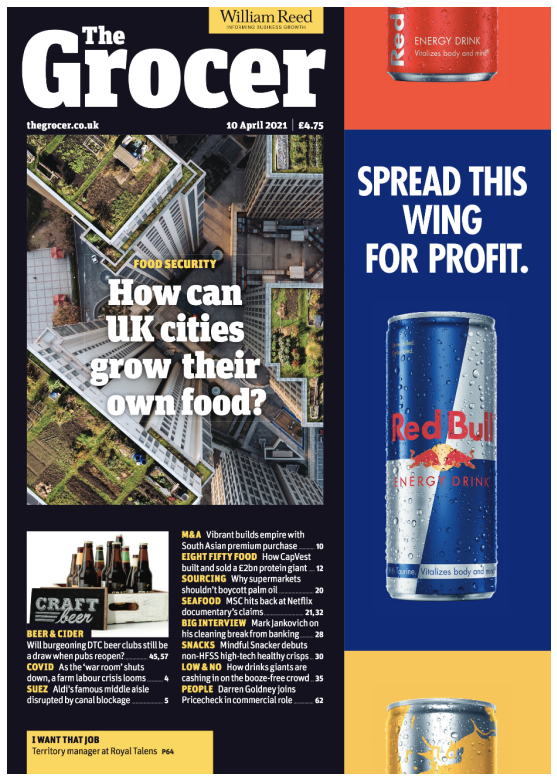 The brand is the brainchild of VC firm Pilot Lite, which acquired the £20m kit required to produce the crisps and enlisted marketing and product strategy veteran Tara Quick to lead it as a standalone business.

Quick said the brand wanted to “take away the angst you feel when you snack."
“For people who want to eat healthier, we will become the obvious choice.”, she said

Mindful Snacker also plans to go beyond crisps later this year with a range of vegan sauces, dips and cheeses called The Simple Root, which would include SKUs such as a no-nut satay and a carbonara sauce with pea protein in place of bacon.

The startup is the latest supplier anticipating major changes in the snacks category with the coming crackdown on HFSS products: Eat Real, for instance, is giving its range an overhaul in a bid to become ‘fully non-HFSS’. 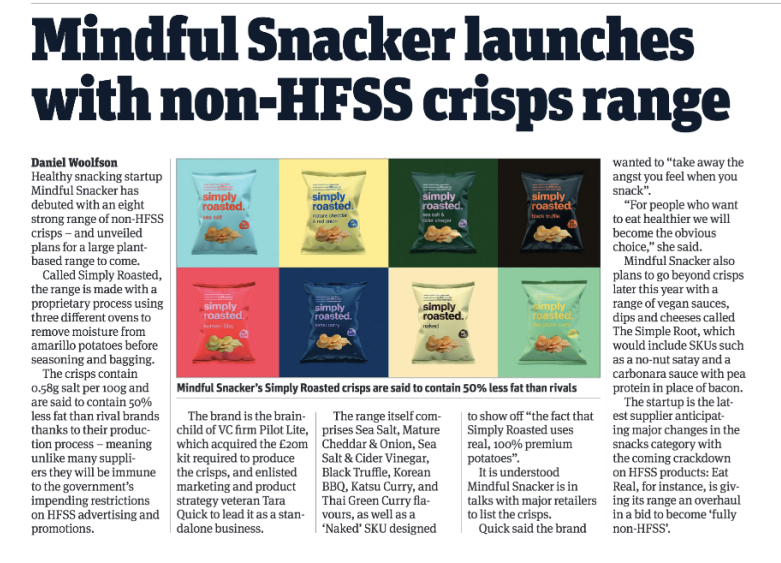 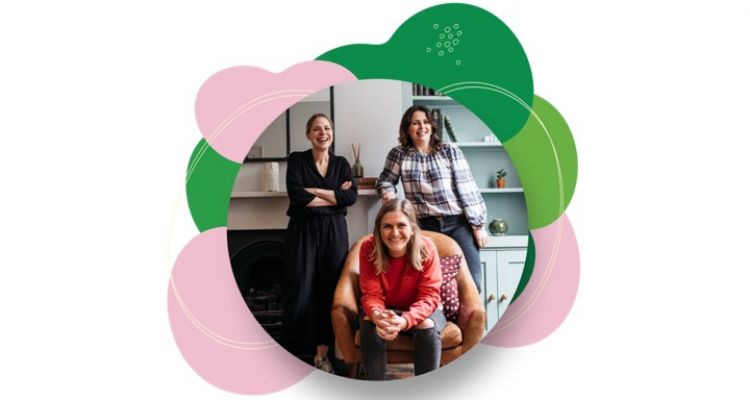 Today marks the official launch of our Mindful Snacker website. Having announced the company earlier this year, the site gives a flavour of what's to come including Simply Roasted crisps - the best thing since sliced potatoes!